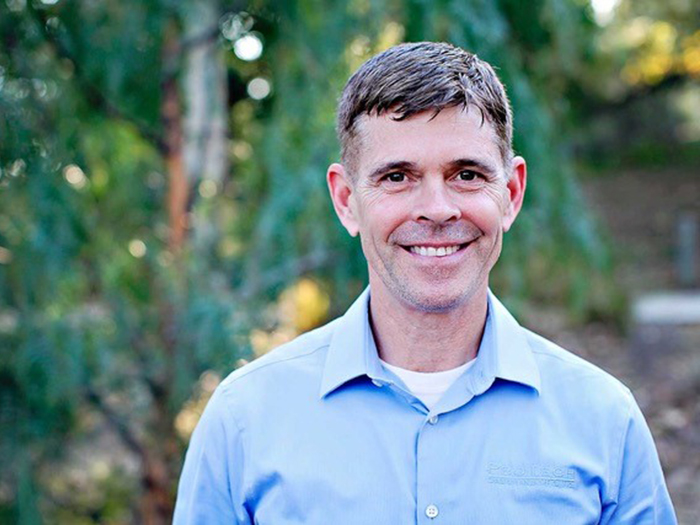 In honor of Veteran’s Day, we would like to highlight one of our owners – Jeff Swanson.

It has been a while since Jeff first shipped out with the Navy, but he will tell you that his time in the service was one of the most impactful of his life. He was able to see parts of the world that he never would have otherwise. Places like Scotland, Spain, Greece, and Cuba, among others. In addition, the appreciation he gained for service and respect have stayed with him ever since.

After his discharge from the Navy, Jeff worked at a few interesting jobs including excavating and logging, but it was service to his family that changed the course of his career. Around this time, PRO-TECH experienced a freak electrical fire, and the company was struggling to get back on its feet. Jeff had worked at the company here and there for short stints, but it was this key event that triggered his full-time involvement. Without hesitation, he came to California from Minnesota to pitch in, and 25 years later, he is still helping the company survive and thrive.

While Jeff had visited the family in California for many years, Minnesota was home. So, in true Jeff fashion, he adapted. He figured out a way to help the company grow, but also to stay in Minnesota permanently. Hence, his sales career began. In the early days, he would drive across the country calling on customers. He crisscrossed the continental United States and visited every State in the lower 48. Today, that has evolved to servicing customers mainly from his office in Minnesota, but his commitment to his customers has never wavered.

Jeff’s governing philosophy is to help people in need and always listen to what is important to both customers and employees. As an example, when one of his customers bought some land and needed help clearing it, Jeff volunteered to help without missing a beat. Jeff had a backhoe and he brought it over to his customer’s house to help. It did not matter that it was a customer. It was just someone who needed help and Jeff had the equipment and expertise to do it, so in his mind, it is just what you do.

In his 25 years at PRO-TECH, Jeff has seen the company grow from a small, nine-person company to one with over 130 employees. However, it is still important to him to keep the family-oriented feel and to know each employee personally. His philosophy continues and you can see it in the long-term relationships the company fosters with customers and employees. Thank you for your service, Jeff!