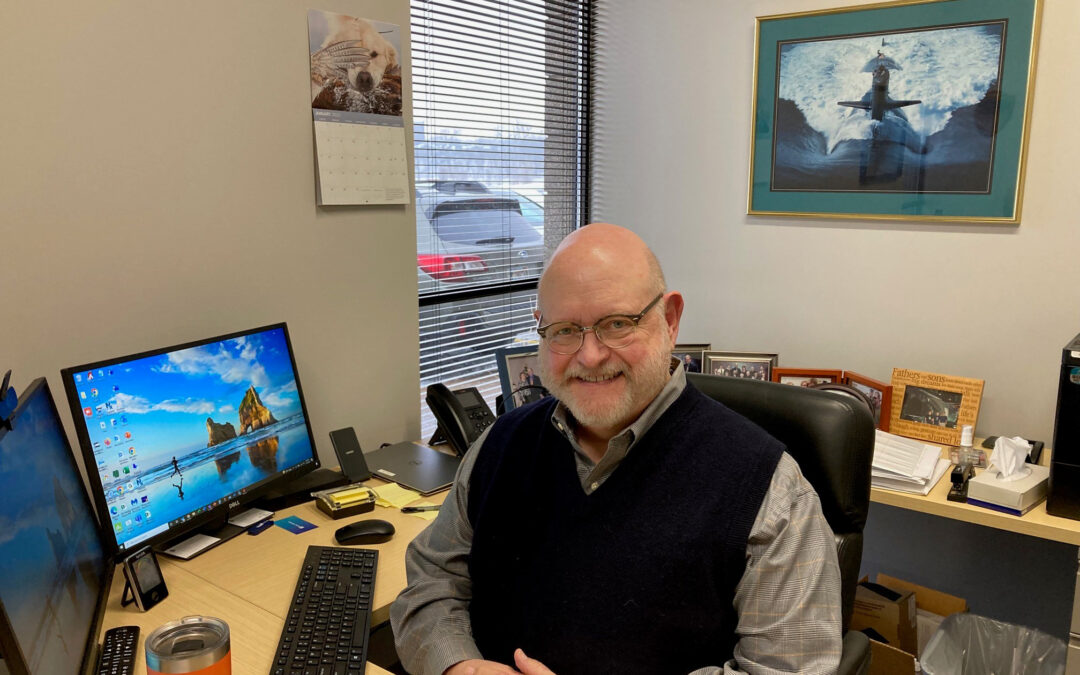 This month we’d like to introduce you to a very interesting person with a unique background. Brian Wilt
is a chemical engineer from North Dakota who served on a nuclear ballistic submarine! And now he is
the General Manager of our St. Paul, MN facility. Let’s find out more about this unique talent…
Brian is from a small town in North Dakota where his father worked in the oil fields. Brian attended the
University of North Dakota – Grand Forks and studied Chemical Engineering and Journalism – not a
typical combination of subjects to say the least.

After college, he worked for a local newspaper as a feature reporter and movie review columnist. He
thought about law school and was actually accepted to The University of Notre Dame. However, the
cost was daunting, and about this time, he saw an ad for a nuclear engineer in the Navy. Traveling the
world in a submarine sounded interesting, so he called the recruiter to find out more. Before he knew
it, he was on his way to the East Coast to interview with the “Father of the Nuclear Navy”, a famous
Admiral who was credited with helping to develop the first nuclear submarine! The interview was
eventful and challenging, but Brian persevered and was accepted immediately.

Brian served for six years of active duty plus nine in the reserves, finishing as a Lieutenant Commander.
We are always proud to honor those who served, so thank you Brian for your service!
After the Navy, Brian joined a plastics company where he was involved in product development and
helped develop several new products for the dental industry. His experience led him to work for several
different companies, and along the way, he worked in Marketing, Sales, New Product Development, and
Operations. He was even the General Manager of the largest ethanol plant in the country. Clearly a
renaissance man!

Eventually, this unique background led him to a medical device contract manufacturing company called,
Surgical Technologies, Inc. (STI) in St. Paul, MN. He was hired to be the General Manager and run the
business. One of his initial challenges was to streamline operations and create efficiencies that would
benefit the company. His training in lean manufacturing greatly helped him and he was able to help the
company improve.
After about 4 ½ years, STI was acquired by PRO-TECH in May 2022. Brian has been a big part of making
that acquisition successful and he continues to serve as General Manager of the St. Paul office as part of
PRO-TECH Design & Manufacturing, Inc.

Brian’s wealth of experience, unique background, and calm management style have made him a big
asset to the company, and we are lucky to have him on the team. We look forward to growing our
business in St. Paul/Minneapolis, and Brian will play an important role in making that happen.
Outside of work, you can hear him singing in his church choir, reading science fiction novels, or hanging
out with his two grown sons.

Welcome to the PRO-TECH team Brian!